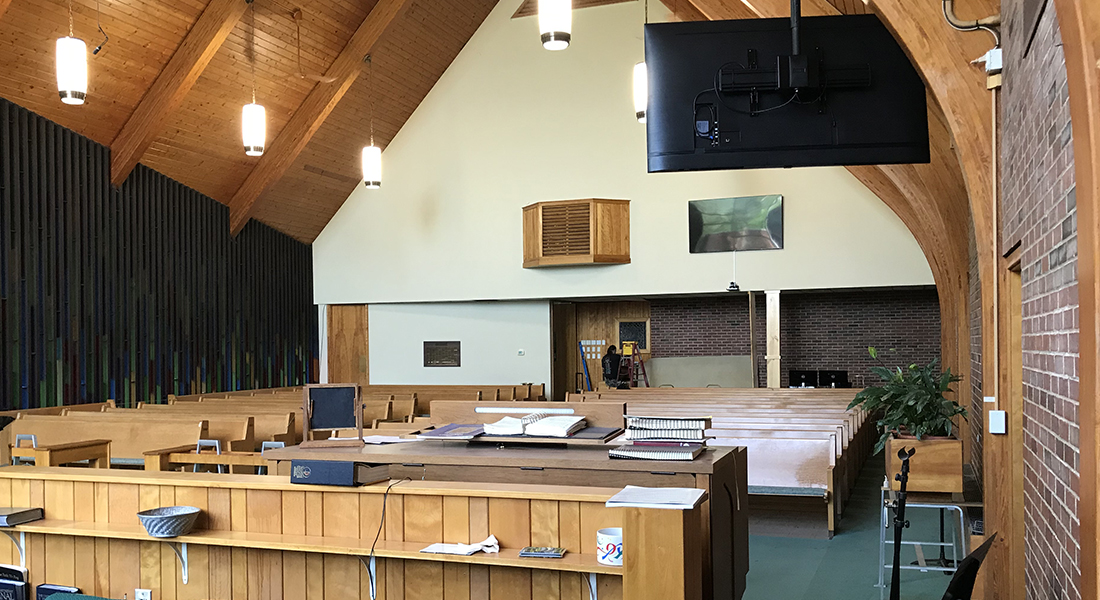 Churches are many things to many people. To us they are important places for groups to congregate and it has been tough for them to do so during the pandemic. So creativity has kicked in. Many do a prerecorded service every Sunday and leave it at that. Others hold church outdoors in the warmer weather. But most are interested in live-streaming their services.

As we do more of these types of installs, we're finding choir (video) “confidence” monitors to be just as important as the "front-of-house" screens the congregation watches. This sometimes can be tricky when it comes to site lines. No matter who is installing your system, it's important to make sure the front of house TV screens don't block the view of the choir monitor from the choir. And by the same token make sure the choir monitor is large enough to maintain "read-ability". A choir monitor can be -

Basically, whatever is needed so the choir (and pastor) can see the content on the screen. of late, pastors have been asking for a separate monitor just displaying the live camera of them speaking. 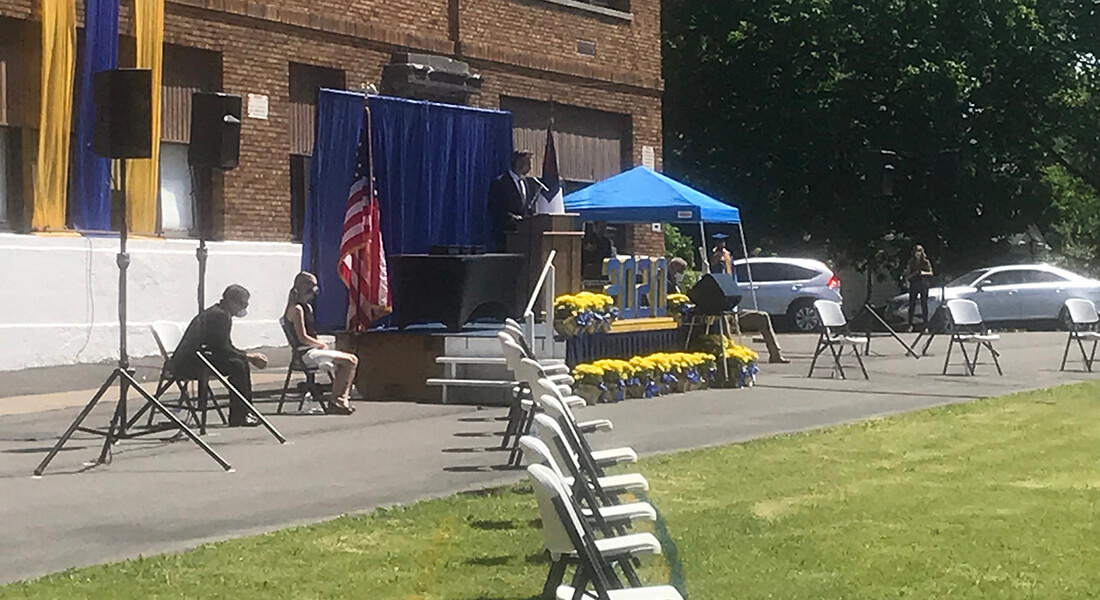 Faith Heritage School is fortunate to have their athletic field right next to it’s building. Connection to their school network was easily made and graduation ceremony was easily livestreamed to Facebook. 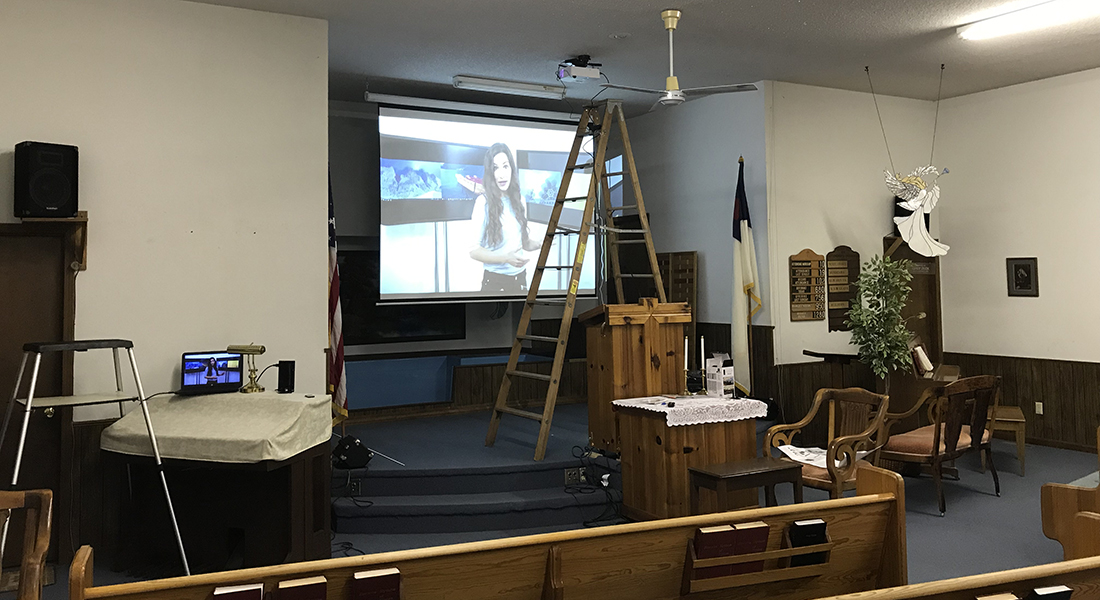 Is wireless for you? When the average person hears the word, “Wireless”, they probably imagine ease of use on par with their cellphone – High performance and easy to navigate. Or, a wireless wifi network access. Think again. 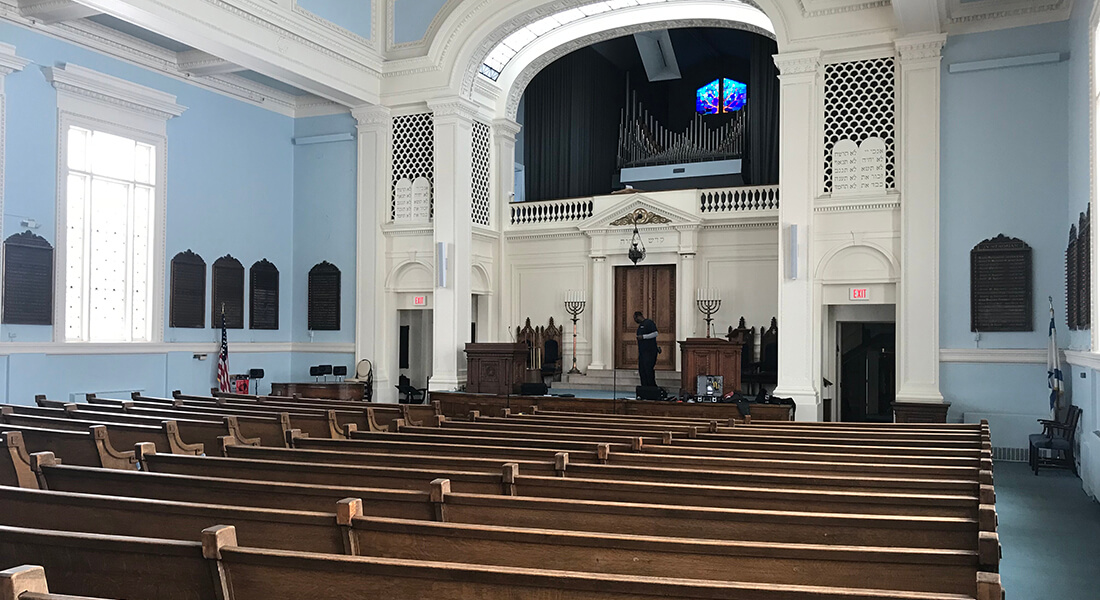 Temple Concord is anything but a small country church. Besides being a Jewish Temple, its sanctuary building is on the national list of historical places. Since we installed a new PA system there two years ago, the whole property has been sold and wi