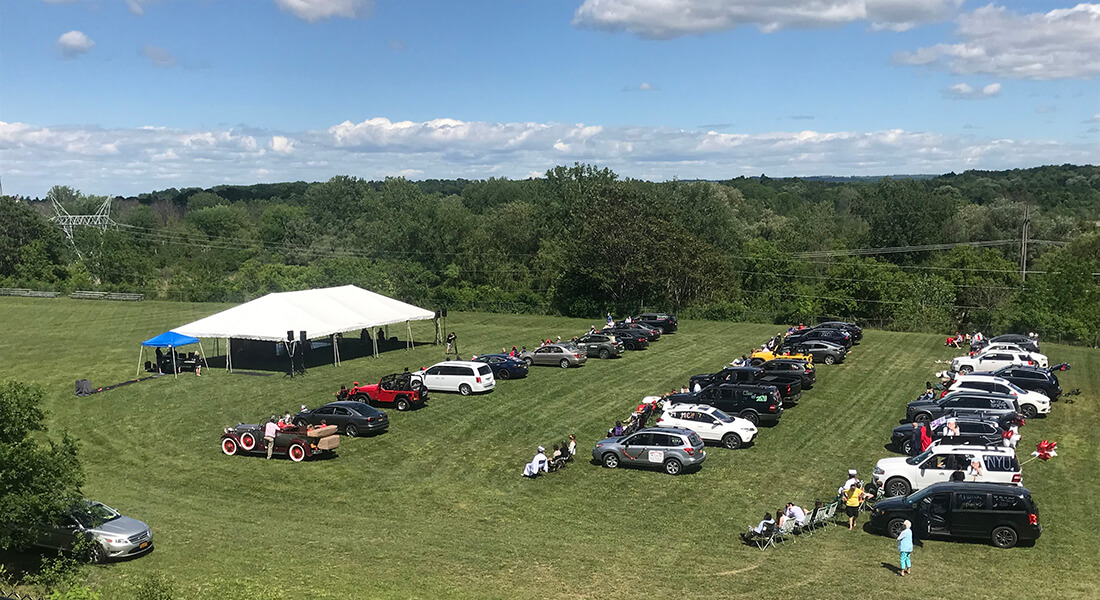 The things that made this ceremony unique and a challenge were:

We had to run a 300 foot ethernet cable to get wired network to our streaming location. Certain type of cable and signal handling had to be used for that.

On top of that, gust speaker had to give their keynote speech from New York City. But at the same time, local master of ceremonies and six other people had short speeches to give.

Incoming audio was then broadcast live the people on the athletic field in their cars. Because of radio and power line interference, great attention had to be paid to cable lengths and power supply. 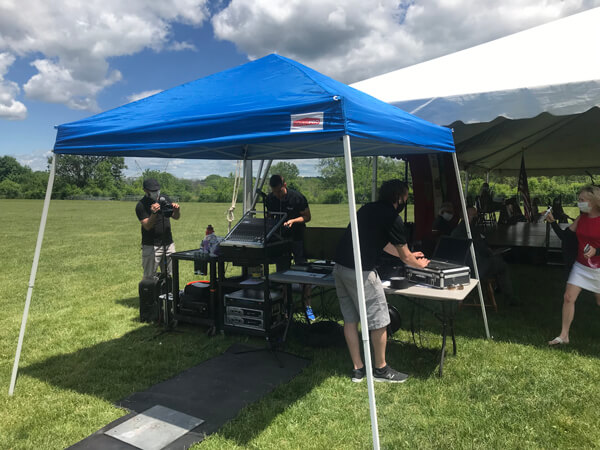 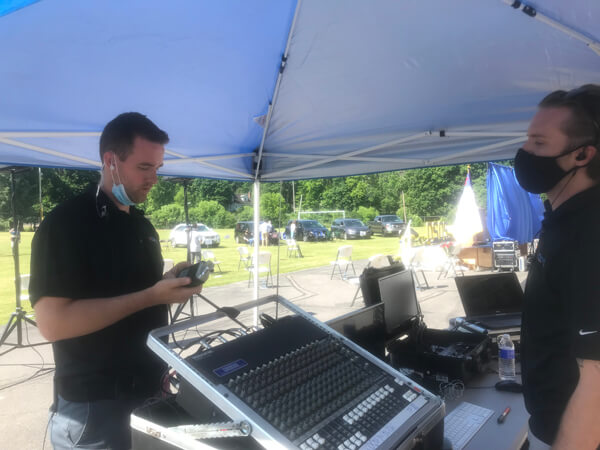 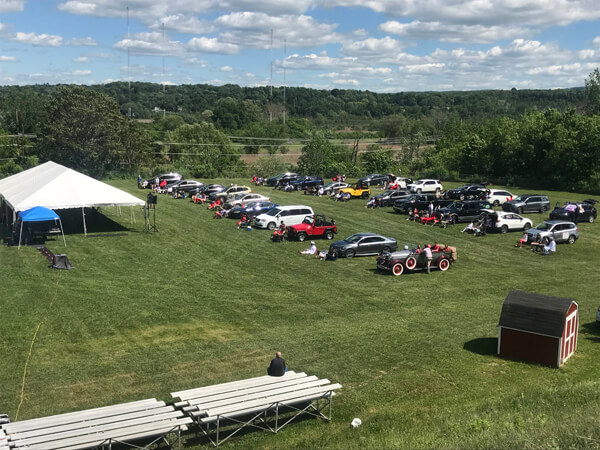